Feedback on how build SMB Honeypot

Hey, During the painful "Wannacry weekend" I've received a lot of message asking for help to create a SMB Honeypot. I'll try here to explain how I've create mine. It's 2017 but it looks like it's useful to remind that Honeypot are really useful. I've read a lot of papers about Wannacry variants during the wannacry crisis, but I've never saw them in the wild. A lot of trolls has uploaded patched versions of the w0rm in Virustotal and has waited for the first paper about a new variante.... This post will not explain all the steps for building a Honeypot but it will try to give some tips and ideas.

Because there is a lot of other malware than Wannacry it's important to monitor our Windows. For that, you have a lot of tools available; ProcMon is a good candidate, it's easy to run it and collect pmon trace automatially with the command line, for example here, you can launch it and save a pml trace: To stop procmon, run it like: There is a lot of solution for the behaviour part, you can use etw traces, Event viewer... The hardest part is to collect files dropped into our Honeypot. I think that the better way is to use Minifilter, you can intercept writed PE files and save them in a specific location. There is an almost ready to use example in the WDK. You can also hook WriteFile API in userland but it's easily bypassable. Just for fun you can even retrive writted files and a lot of cool information without developping tool, just with the very painfull powerfull debugger Windbg \o/. The idea is to use Windbg as kernel debugger, break on each nt!ntWritefile, and save Buffer parameter :D. But you can do more! Dumping lsass memory on each attack for example :) Oh, yes, forget about perf here :D it's for fun You have 2 options: the native diabolic scripting language of Windbg or the awesome python interface pykd Here I'll use pykd :) Download VirtualKd and install it into the VM (copy the "target" directory and run vminstall) Run vmmon before restarting the VM, on the next boot Windbg will pop. 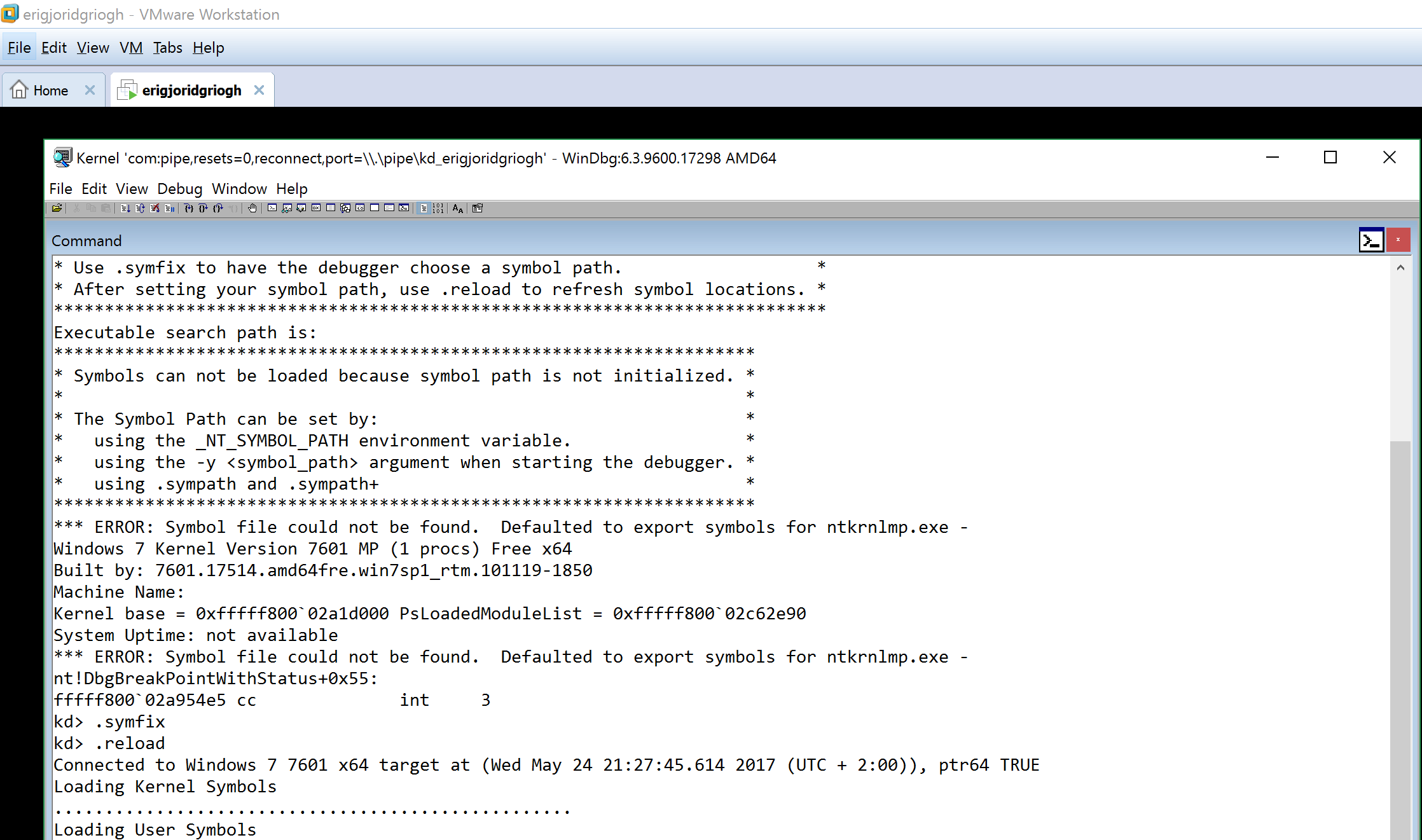 Press f5 and let Windows boots. When Windows is ready, break into Windbg (ctrl+pause). Now we can do everything we want. For example let's try to dump the memory of lsass (usefull for fileless attack :) ) By dumping lsass memory you can even easily extract the payload binary :). For that, load pykd extension into Windbg via: And create your python script as you want. A dirty example here: Finally, choose on wich action you want to break on Windbg, here we'll dump lsass each time it try to write a file: Here we go, you are abble to collect a memory dump of lsass eatch time it was exploited to drop someting! From now you can extract just the buffer of ntWriteFile, you can break on the vulnerability itself and trace execution etc. Plug your brain and be creative ! 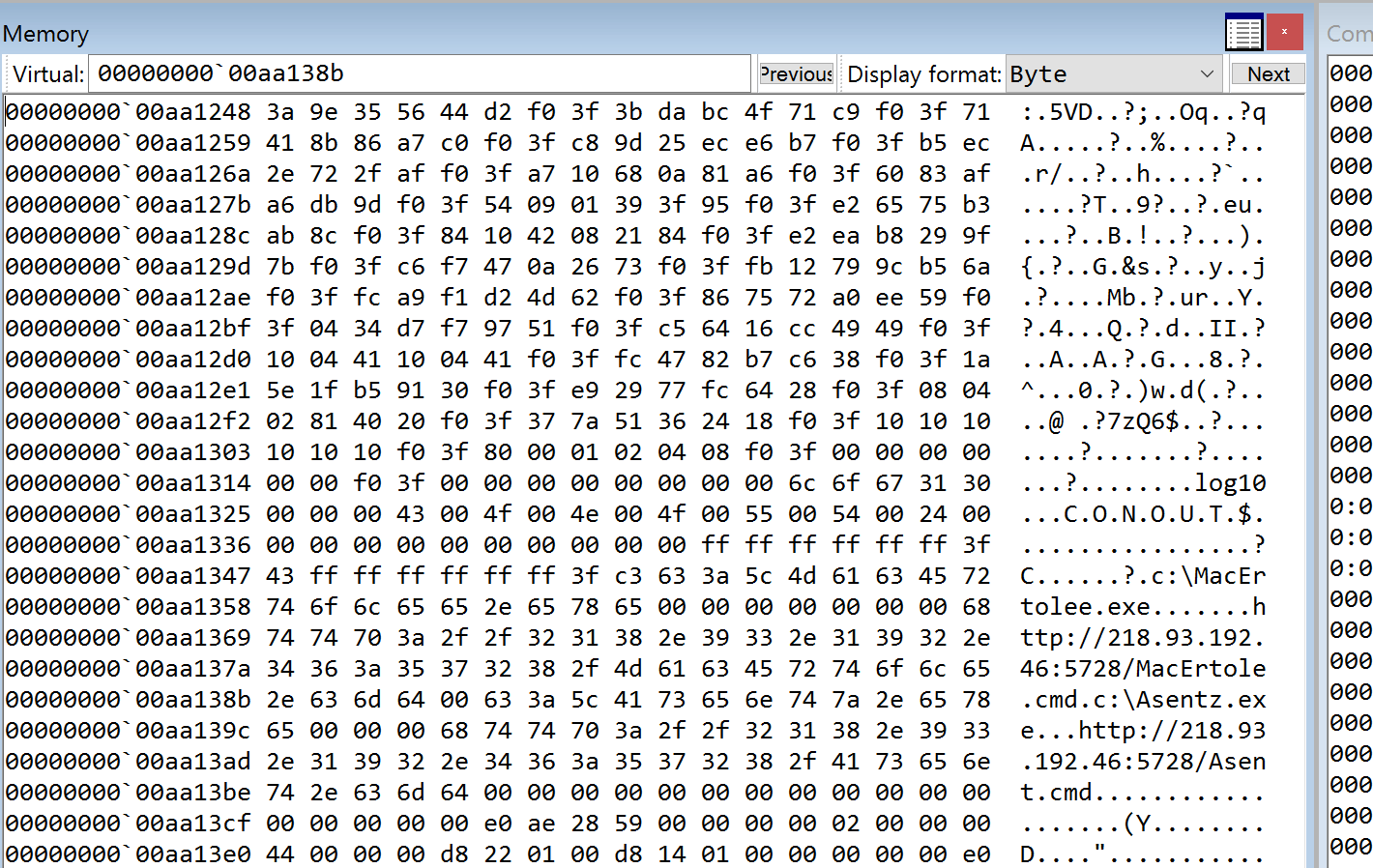 It's quick to do, it's easy and it allow you to collect a lot of useful data.

Another important point is to manipulate Virtual machine. For that you have a lot of tools availaible. In my case, I use VMWare on Windows. VMWare has a useful tools called vmrun, with it you can power on ,power off,revert snapshot, retrieves files from VM (like a pmon trace), run command in VM, list files... etc Some command line example: There is similare tools for every hypervizor.

Last point: don't forget store all the data. Store everything you can, even if you don't know yet what to do with these data. Date, IPs source, memory dump, sample etc These data are gold mine. You can found a lot of python lib for parsing pcap, you can export windbg output, you can graph your pmon traces with tools like ProcDot, forward your data in Kibana dashbords etc.

This kind of infrastructure cost me around 30€/months for VPSs + 30€ for a RaspberryPi so less than 500€ by year for having a look at what happening in the wild, Having data, making stats, start some investigation etc :) This kind of project are awesome because you have to deals with network, system, a little bit a dev, databases etc. You can even use this kind of honeypot for learning forensic for example! I strongly recommand to every people who want to learn malware hunting to build honeypots, on many services and on different countries. Of course you cannot catch advanced attacks with honeypot, but you can catch interresting malware with RDP or VNC honeypots for example